The political journal Re-Public has published two special issues on the politics of transhumanism. The first collection included IEET Executive Director J. Hughes’ article “Transhumanist politics, 1700 to the near future”. The second collection of essays includes IEET Fellow Riccardo Campa’s “Toward a transhumanist politics”, an interview with IEET Fellow Andy Miah on “Human enhancement and the accumulation of biocultural capital,” and this interview with Dr. Hughes about democratic transhumanism and technoprogressivism

James Hughes argues for a social-democratic version of transhumanism, “democratic transhumanism,” as the natural product of the egalitarian Enlightenment and a uniter of disparate contemporary Enlightenment political projects, where cognitive enhancement and electronic democracy make possible increasingly participatory and decentralized governance.

James Hughes: When I wrote Citizen Cyborg in 2004 we had just begun defining the ideological position that embraced both traditional social democratic values as well as future transhuman possibilities, and we called it “democratic transhumanism.” Since then, the people in that space have adopted the much more elegant term “technoprogressive.” So allow me to address how technoprogressives, especially we who also identify as transhumanists, see democracy.

Technoprogressives, like social democrats in general, believe democracy requires strong guarantees of civil liberties and minority rights, a relatively egalitarian distribution of wealth and power, a strong state accountable and transparent to its citizens, and a process for deliberation and decision-making open to all competent persons. We are critical of the way that unequal power in society, based on gender, race, class, religion and so on, distorts the democratic process, and we insist that state agencies are necessary and that they should be independent of corporate and sectoral influences.

But, as transhumanists, we also believe that democratic societies need to adapt to emerging technologies. Emerging technologies that provide general benefits, such as anti-aging therapies, should be prioritized for funding, and made universally accessible when they are proven safe. In addition to public pensions, and unemployment and disability insurance, we will eventually need universal basic income guarantees as robotics and AI make growing numbers of people structurally unemployable. Catastrophic threats from some emerging technologies require strong transnational regulation, and those from nature require transnational preventive actions and preparation. Technoprogressives believe the definition of the “citizen” will need to expand from “adult humans” to “competent persons” as enhanced animals and sentient machines become part of society. And the practice of citizenship will need to change as cognitive enhancement and electronic democracy make possible increasingly participatory and decentralized governance.

So the technoprogressive vision of a transhuman democracy is both one of process and outcome.

Marc Roux: You have written extensively about the possible convergences between H+ and various cultural and religious traditions. Should H+ as a movement make the claim for universality?

James Hughes: Transhumanism is not a religion. Transhumanism makes only the relatively modest claim that it would be good if we are allowed to use technologies to transcend the traditional limitations of the human body and brain. After that there are still many questions about purpose, meaning and the good that transhumanism cannot answer. Many transhumanists find those answers in secular philosophies of the Enlightenment, such as utilitarianism or Kantianism, without need for gods or creeds. Others find those answers and fulfill those psychological and cultural needs through traditional religions. So we have transhumanists, and technoprogressives, who are non-religious as well as from all the world’s faiths.

That said, the long-term prospects for superintelligence, immortality and cosmic engineering are leading a few transhumanists to create new religions. I think these religious efforts will still need to answer the basic philosophical questions however, such as how and why the universe should be engineered once we have godlike powers. Would it be bad if humans ended up in a static, vegetative state, immersed in ecstatic amusements, and if so what is their model of salvation, grace, or the ideal personality? I suspect that the answers they develop will be restatements of religious debates of the last thousands of years that we can still learn a lot from.

But as to universality I don’t believe in universal values. All values are the product of contingent history, and transhumanist values are the product of the European Enlightenment. Transhumanist aspirations can be found in our most ancient religious traditions, when shamans promised wisdom, health and longer lives through the technologies of their time. But those aspirations became “transhumanist” when they were combined with Enlightenment ideas of progress, liberty, individualism, humanism and scientific empiricism.

Like transhumanist aspirations to transcend the human condition, Enlightenment values are also found in one form or another all world cultures. But their crystallization in the European Enlightenment was uniquely powerful, and historically pivotal. There are still societies where only a minority have adopted Enlightenment values, and their memetic success in the future is not guaranteed. Radical posthuman societies may adopt new values that today’s liberal democratic transhumanists would abhor. All we can say today about transhumanism’s universality is that many people agree that it would be good if individuals could free themselves from drudgery, sickness, aging, depression and disability through the liberal use of technology.

Marc Roux: Even if the argument about the universality of some H+ core values can stand, would you say that “technoprogressivism” is also universally applicable ?

James Hughes: Technoprogressivism is even more historically contingent than transhumanism. It is a product of the non-Romantic egalitarian strain of Enlightenment thought, represented by Diderot, Condorcet, Priestley, Paine and others. Many people from many cultures and religions have responded to those ideals and fought for them, so I don’t believe they are somehow specifically European or time-bound. But it is always possible that more authoritarian or theocratic values will win out in the end, so they require constant defense.

James Hughes: Emerging technologies only change the terrain on which we struggle for the Enlightenment. They don’t necessarily make victory any more or less certain. On the one hand, emerging technologies are generating a new form of racism, “human-racism.” We see many bioconservatives, all opposed to skin-color racism, who unconsciously repeat all the racialist language against enhanced humans and clones. Enhanced humans would take our children’s jobs. They would hate normal people and try to control us. Their children would suffer because of their selfish actions (just like children of miscegenation), so they should be forbidden to have any. They would have different values than “normal” people.

If, on the other hand, we defend social democracy and fight for liberal, solidaristic values, then technologies can reduce inequality and facilitate deeper understanding across our divisions. Direct mind-to-mind communication, for instance, may create much more profound empathy for other people’s experiences and ways of thought. The elimination of cognitive and physical disabilities will allow people to participate in society who couldn’t before. We could even encourage people to root out their racism and desire to dominate others now that we are identifying the sources of those drives in the brain. Again, the technologies won’t make society more equal or tolerant,  but we could use technologies to become more equal and tolerant.

Marc Roux: How could public policies answer the public’s uneasiness on H+ technologies ?

James Hughes: There several sources of opposition to enabling technologies. Some can’t be addressed with public policy, while others can. The belief that human beings were created by God to have a certain kind of body, sexuality, lifespan or brain, that’s not something that policy and rational argument can touch. We will either allow those kinds of prejudices to control our lives or we won’t.

But there are two concerns about technology that we absolutely can address: safety and equality. People are rightly worried that medical capitalists will try to suppress the dangers, and hype the benefits, of anything they can make a profit by selling. That is why we need public financing of scientific research, and strong independent agencies for testing and regulation.

People are also rightly worried that unequal access to empowering technologies will make the rich richer, and poor poorer. That can be overcome by efforts to ensure broad access though universal healthcare, technology transfer and subsidized access.

Marc Roux: Is there a democratic procedure that would guarantee that H+ technologies will not be used from the marketing industry in order to control, more effectively, citizens’ economic behaviors and choices ?

James Hughes: Cognitive liberty is already a part of democratic struggle, around issues like tobacco, open source, advertising, and privacy. The worst practices can be banned outright, such any attempt to addict a consumer to a product or direct advertising to children. But free societies need to allow attempts to sell things even if they successfully exploit psychological science. Our responsibility is to teach children to be critical and self-aware consumers. Do I really need these clothes, makeup or surgery, or do I only want them because I was convinced I would be as successful as that model if I had it? Do I really need a fast car to be a man? Growing control over our own brains and information environments will give us more possibilities to free ourselves from external commercial and political manipulation, just as it creates new ways to manipulate others.

Marc Roux: What would you say is the current status of biopolitics, and more precisely, technoprogressivism in Barack Obama’ s America ?

James Hughes: Almost all transhumanists or technoprogressives were delighted to see George Bush leave, and almost all are hopeful about the Obama administration. The influence of the Christian Right, Big Oil and other right-wing groups in the Republican Party has polarized America between the secular, liberal, pro-science Democrats and the anti-science Republicans. So we have been promised and we expect a strong recommitmnet to basic scientific research, and reforms to make healthcare, net access and other technologies more universal.

In the smaller world of biopolitics technoprogressives in particular are making enormous strides. Liberal bioethicists have discovered transhumanism, and are generally declaring themselves on the side of liberal regulation of enhancement.  The explicitly neo-liberal (or in the US “libertarian”) advocates of free market fundamentalism are in retreat, and the Christian Right is confused and disoriented. The World Transhumanist Association has become Humanity+, and is growing quickly, as are related organizations working on anti-aging, nanotechnology and biopolicy. So we are very optimistic.

James Hughes Ph.D., the Executive Director of the Institute for Ethics and Emerging Technologies, is a bioethicist and sociologist at Trinity College in Hartford Connecticut USA, where he teaches health policy and serves as Director of Institutional Research and Planning. He is author of Citizen Cyborg and is working on a second book tentatively titled Cyborg Buddha. He produces a syndicated weekly radio program, Changesurfer Radio. 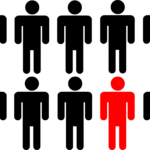 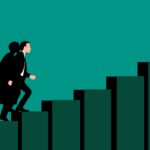 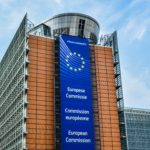 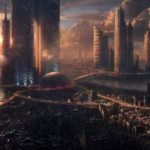