The AFT-Technoprog organizes in Paris, from November 18 to 20, 2022, the annual international conference of all transhumanists

The AFT-Technoprog organizes in Paris, from November 18 to 20, 2022, the annual international conference of all transhumanists (a TransVision Madrid session on Cryonia also takes place on Nov. 12-13).

This conference will take place over three days in November 2022 in Paris (Nov. 18, 19, 20), in the premises of the Institut Supérieur Clorivière. The first two days will be mainly in French, the last day will be in French and English with translation.

It will bring together several dozen thinkers and researchers, including many of the most important transhumanists, as well as several of their opponents.

This conference will also aim to allow the French-speaking public to hear and address the speakers in order to better understand the reality of the transhumanist thought being developed.

The conference will take place two days in French and one day in English. Simultaneous translations will be provided on the third day to allow the public to follow the entire discussion.

For the record, you can find the presentation and all the videos of the first time AFT organized TransVision, in 2014: TransVision 2014.

A TransVision Madrid session on Cryonics will also take place on November 12-13 in the Spanish capital. See the website: Cryonics First Response. 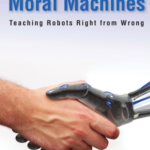 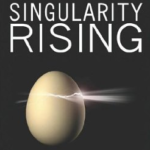