Mind uploading: As the technology required to scan and map human brain processes improves, some believe it will one day be possible to upload human minds onto computers. With sufficient computer power, it would be possible to speed up the rate at which an uploaded mind runs. Professor Nick Bostrom, head of Oxford’s Future of Humanity Institute, calls a vastly faster version of human-level intelligence ‘speed superintelligence’. He observes that a speed superintelligence operating at ten thousand times that of a biological brain ‘would be able to read a book in a few seconds and write a PhD thesis in an afternoon. If the speed‑up were instead a factor of a million, a millennium of thinking would be accomplished in eight and a half hours’.[1] Similarly, uploading the mind of a convicted criminal and running it a million times faster than normal would enable the uploaded criminal to serve a 1,000 year sentence in eight-and-a-half hours. This would, obviously, be much cheaper for the taxpayer than extending criminals’ lifespans to enable them to serve 1,000 years in real time. Further, the eight-and-a-half hour 1,000-year sentence could be followed by a few hours (or, from the point of view of the criminal, several hundred years) of treatment and rehabilitation. Between sunrise and sunset, then, the vilest criminals could serve a millennium of hard labour and return fully rehabilitated either to the real world (if technology facilitates transferring them back to a biological substrate) or, perhaps, to exile in a computer simulated world. For this to be a realistic punishment option, however, some important issues in the philosophy of mind and personal identity would need to be addressed. We would need to be sure, for example, that scanning a person’s brain and simulating its functions on a computer would be equivalent to literally transferring that person from his or her body onto a computer—as opposed to it being equivalent to killing him or her (if destroying the brain is necessary for the scanning process), or just copying his or her brain activity. Personally, I have serious doubts that such theoretical issues are ever likely to be resolved to the extent where mind uploading could be practicable as a form of punishment._ 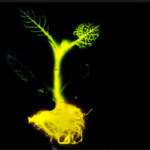 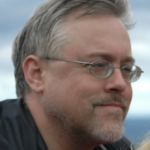