A presentation of transhumanism in Belarus: situation, projects, international relations

By Alexander Griboyedov (Александр Грибоедов) President of the public association « Society for Rational Longevity ». Hello to our French colleagues. We are very happy to meet you! As part of our collaboration, we will also publish information about your community in our social networks. You will find links to these at the bottom of the article.... [lire la suite]

Hello to our French colleagues. We are very happy to meet you!

As part of our collaboration, we will also publish information about your community in our social networks. You will find links to these at the bottom of the article.

In this article, I will provide the information :

The history of transhumanist activity in Belarus is well described in this video [in Russian *]. In the commentary there is a calendar of the topics covered in the speech, by minutes. A separate paragraph is devoted to « the history of the transhumanist community in Belarus ». The action plan is also discussed in this video, but I will provide another article on this plan later. In addition, I will answer a curious question that is not addressed in the conference. The number of the community is 10 people. It is an officially registered organization. In the last three years, the number of active supporters has increased threefold, but it should be noted that this is not at the price of an initiation from nothing, but by the meeting in the organization of supporters who were already transhumanist, after having become so, for example, as a result of reading the classical literature of transhumanist thinkers: Ettinger, Bostrom, Kurzweil, etc…

Members of the Society for Rational Longevity

We consider it necessary to keep partially open a database – or a list of transhumanist projects and projects of value for transhumanism. Such a catalogue of projects will make it possible to consolidate the international transhumanist community and to highlight the efforts made on projects that seem to be a priority for many. We need this database for our own work. That is why, like you, we are collecting information on like-minded people and publishing it.

In addition, we would like to design one of the sections of the project catalogue as an ongoing transhumanist conference. The transhumanist conferences that are currently taking place are not, in my opinion, properly organized. For example, TransVision 2017 was held in the right international format. Each country was represented by a representative of the local community. This creates a contact base and enables local representatives to pass on information about their activities, even if these activities are not exceptional, setting a precedent for the exchange of experiences. Subsequently, the format evolved towards the speeches of famous transhumanists, which I think is a mistake. Moreover, the telecommunications component is not sufficiently used in their conferences. And for the representatives of many poor countries, it is difficult to attend the conference in person to speak. That is why I would like to create a regularly updated catalog of short video speeches, reports on the work done by representatives of the h+ communities from different countries. We are interested in cooperation on the collection and systematization of information. We have a common basis with our Russian colleagues, for the time being in a closed program for team work.

We know the Russian transhumanist community almost as well as we know our own at the moment. Recently, one of the leaders of the MTR [Russian Transhumanist Movement*] spoke at the inauguration of our organization and participated in joint discussions (video attached). You can also see here, in video, a Latvian transhumanist, Alexei Kadet.

As far as Ukraine is concerned, the situation is rather unclear. There are several young people who run transhumanist blogs. One of them is even a representative of the American TG Party.

There are also groups on Facebook and VC. And there is a video blogger who works with us. In addition, there is even a person at the University of the Singularity, whose leader is an advisor to President Zelensky. But these individual actors are not united in a community. Part of the TG community in Ukraine was destroyed by the war, the partisans had to leave the country to avoid military mobilization.

I don’t know about Poland, there seems to be an extremely unfavorable situation there, a clerical state with forbidden abortions.

So far, we have encountered no opposition to transhumanism in Belarus. Belarus cannot boast a very active political life. The attitude of the majority of citizens with whom conversations on this subject have taken place is neutral or ironic, considering it to be something nice but unnecessary, as a certain social pessimism prevails in society. A rather low level of income does not allow people to think about something extremely positive. Our citizens do not believe in the possibility of doubling life expectancy, not on the basis of arguments against it, but purely because of social pessimism. Perhaps our community does not yet have sufficient scale to attract the attention of conservative structures that are powerful enough to cause real harm (such as the annulment of events). Of course, we personally observed the speeches of the leaders of conservative groups who oppose transhumanism, but the tone was moderate (even if critical), and they have no real power. Perhaps the Church has such power, but there has been no contact with its representatives, nor any comments from them. Public coverage can be judged by our appearances in the media. So far there have been about ten. Some of them have been collected on the Future Collector website. And the second part can be found on the public association’s website. Some of the articles, placed on one of the main Belarusian sites, have had an audience of 10,000 people. Most probably, this coverage is not enough for action to be taken against transhumanism.

Call for volunteers to test COVID-19 vaccines (and therapies)

The Association Française Transhumaniste Technoprog salutes the commitment of all nations to life, especially that of senior citizens. 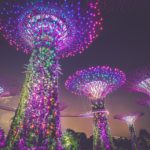 A technoprogressive future will only be possible in the decades ahead given an indefinitely sustainable relationship with the environment. The change necessary, such that any change is for the better, requires broad technological progress and profound societal shifts. To this end, deepening our humanity by improving ourselves is an asset.

The Israeli transhumanist community can be traced back to the emergence of the regional “Israel and Middle East” forum of the Immortality Institute (now Longecity) website in 2004. https://www.longecity.org/forum/forum/309-israel-middle-east/ This was one of the first two regional life-extensionist forums (beside Russia and Eastern Europe) where Israelis interested in life extension and transhumanism could openly discuss… [lire la suite]

The Situation of Transhumanism and Longevity in South Korea: YoungHoon Kim

In South Korea, above all, the domestic public does not pay attention to transhumanism and longevity movement. Thus, the advocates are far below. If there are those who are interested in transhumanism, they are mostly opponents against transhumanism.  However, ironically, public of South Korea have more than interest in AI technology and singularity in virtue… [lire la suite]